How bad is my van? Let me count the ways

I want to start out by saying, this post is not to try to get sympathy or some grand "Go Fund Me" campaign or anything else. I am the type of person who likes to vent and I'd like to vent about this. We have been dealing with this van for over 3 years in its current condition and we expect to do so for several more years. 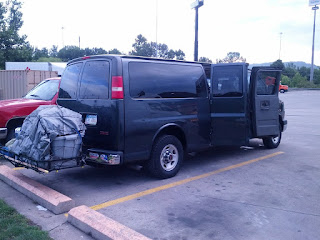 Now for all the things we have done to fix the van:

I am pretty sure that is all.  One may say, "Why not get a new van?!" Well, we don't have a car payment right now and we can't afford one, there is no room in the budget. So, we trudge along with our big grey van.

UPDATE: New Items that are going wrong with the van since this was originally posted:

I have had one hell of a week with Adobe and their wonderful Adobe ID system.  Now I admit, some of the stuff below is my fault, but not all.  Here's how my last 8 days have gone...

Side Note here: I have a big website project I'm working on here and I need these programs to do them. I deleted all my versions of Photoshop CS3 so I can't use those anymore. This is important that I have this subscription working.
THANKS ADOBE!
at 6/23/2016 12:17:00 PM No comments:

My Take on Google Inbox

For those of you who don't know, Google is coming out with a new E-mail Client for Gmail called "Google Inbox". Their promo video can be seen here. Right now it's invite-only. 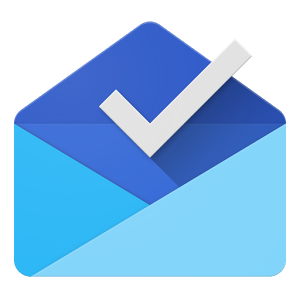 I got my acceptance today and started working with it right away. It is certainly new. I am not opposed to new I understand this will take some getting used to.
It is as you would expect. Items are bundled on the screen, you can add new bundles if you like and set reminders to deal with e-mails later. You can pin e-mails as well, so when you're "done" with other e-mails those still show or you can switch to only pinned items.
Then there is this "Done" thing. When you swipe an e-mail to the right it is marked as "done". It isn't deleted, it's simply moved off your inbox. There is a section called Done that you can go to and see all the e-mails you're done with.  If you were to browse to your gmail on your computer, those e-mails are still in your inbox taking up space.  So, ultimately, this is the end of deleting e-mail. Your inbox will fill up to eternity unless you choose the e-mails, go to a sub-menu and choose to move them to the trash. For me, this is very inconvenient. I use "swipe to delete" all the the time on my mail program. I don't want my inbox or server mailbox to be filled with garbage that isn't needed anymore.  This is not yet a deal breaker but I don't look forward to having to visit my gmail and mass-deleting e-mails once a week.  Oh, and I looked in the Inbox settings to see if I can swipe to delete and there is no option.
All in all, it's pretty and fairly easy to use. I like the idea of setting a reminder to deal with something later or pinning it until it is dealt with. My method is to leave e-mails "unread" and right now I have 27 unread e-mails many of which I will probably never deal with.  Pinning them may force me to do something about them, or setting a reminder will allow me to kick the ball down the road a bit until I'm prepared to deal with it.
I am eager to see how it grows.
at 11/05/2014 09:27:00 AM No comments:

So Mad at Time Warner Cable!

I am writing this post from my phone so bear with me. The reason why is that we have no internet.

I thought I was ahead of the game by scheduling my move for my internet service for the 31st early. I scheduled it around the 22nd of May. Everything was in place and I was even given a great rate change.

Then on the the evening of Memorial Day, our internet shut off; the 26th. I called to ask what was going on and the man said we were moving and it was turned up at the new house. I asked why they would do it 5 days early and he said someone got the days mixed up. I would have to talk to the move dept. who was off since it was memorial day.

Tuesday I called and he said the only way I could get service turned on at my old house was too cancel my appointment for the 31st. I asked him, how hard is it to hook up the equipment. He told me it was very easy all I had to do but plug it in. So I told him go ahead and cancel the appointment turn service back on at my old house and I would do it myself on the 31st.

That is when I got the surprise then I would lose my great rate that I was given before. He put me on hold for a long time and came back with the rate that was 7 dollars more per month and he said "well its almost what you had before." Yeah, thanks.

Now fast forward to yesterday. It was after 10 p.m. When I tried to plug everything in and nothing worked. So I called Time Warner and she said "Oh I will turn up your service now" and when she did still nothing worked. She told me that there had been no service at our house since 2010 and its very possible the lines have been cut. And that I should really have had a service tech come out to do the installation. Of course I was livid because I wanted a service tech to come out but I had to cancel that appointment.

So now, we have a service tech come out end the earliest date is this coming Thursday after I am going to be out of town. So the first possible time we can probably get everything up and running is Sunday when I get back. We are going to miss an entire week without our phone (VoIP) and television which we get online.

I would switch service to a new company but unfortunately Time Warner has the best service and speeds for this area.

I at least I am not paying for this week, so that is good. I wish I could get more credits but I don't think I can.

Email ThisBlogThis!Share to TwitterShare to FacebookShare to Pinterest
Labels: upset

Sorry it's so long since I posted. We've been so busy with so many things. 8 kids can do that to you.

We recently closed on a new house and are moving in at the end of May. That's cool.

I'm considering posting my "book" that I started writing here in blog form since I may never publish it. I'll never have the time to write the rest of it.

My Vlog is dying

So, I started this vlog (Video Blog) a few weeks ago. It was mostly for family but I didn't mind if other people watched it too.

I started out with like 20 viewers on each video but the last few are 10, 9, 6. So, I guess I'm getting pretty boring. I already know my life is uninteresting, is that it? Should I just quit? My mom likes my vlogs! (of course)

Email ThisBlogThis!Share to TwitterShare to FacebookShare to Pinterest
Labels: blog

Just a quick note to enumerate the things we were hit with over the last few days. Funny how things can be going relatively well and then you get decimated.


All in all, things could be worse they could always be worse. But living through it along with the lack of sleep of a sick child and wife. It's hard to see the light in this darkness that I'm in. Please pray for me, my wife (especially) and my family we most certainly need it.
at 6/04/2013 09:12:00 AM No comments: