The following is Erin Deemer's public statement for her husband Paul...

In a recent homily our dear Fr. Bill was commenting on the parable Jesus told about His coming like a thief in the night. We will "know not the day nor the hour." However, he said, if we are faithful in prayer and trying to follow God in our lives, He will send us the help that we need.

A little over a year before Paul's cancer diagnosis he had the same dream three times, in which he felt himself looking down on a scene where myself and our children were visiting the site of his death- it was clear that we were going on without him. A great sorrow from those dreams kept coming back to him, and he grappled with what that might mean. It led him to take care of some practical things, just in case his family should be left without him someday. 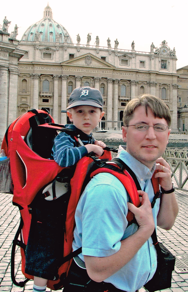 Paul never spoke of those dreams to me, until he was admitted to the hospital on October 22, 2011. From that moment he had a sense that this was the event that God had given him gentle warning of. Although filled with great sorrow, he prayed with Christ in His Passion, "My heart is ready, O God; My heart is ready." Paul never stopped praying, along with all of us, for his recovery. He never stopped going through any treatment the doctors thought might help. In fact, the Wednesday before his death he could hardly walk, but he courageously made the heroic effort to get to the Karmanos Cancer Center in Detroit, in the hope that he might still qualify for the clinical trial they were setting him up for. When they had to turn him down, he very quickly began to deteriorate. He was very concerned that we know he was not giving up, just letting go. It was time- this was God's will. When we spoke of Venerable Fulton Sheen's prayers for him he simply said, "I think he wants to talk to me face to face."

We are so grateful for the prayers of so many people, and we are certain that those prayers granted us our first miracle, his initial amazing recovery- a whole year of wonderful time to spend with Paul- a last vacation and camping trip, last Birthdays, Anniversaries, Feast Days, baseball games, walks in the woods, bike rides... 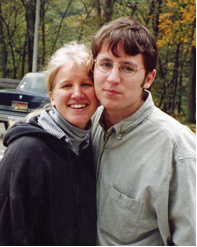 Our second miracle is happening right now: the holiest and most blessed passing from this life that anyone could ask for. How many people are given the opportunity to do so much good through their suffering? How many people have so many people praying and offering the Holy Mass for them, literally all over the world, throughout their preparation for, and at the time of their death? How many people are able to receive the Sacrament of the Anointing of the sick that many times in their whole life?…I think I'm counting about twelve! Divine Mercy prayers and prayers for the dying with his family a whole week before his death…a good confession, Holy Viaticum...every blessing one could wish for in parting from this world. And that is the very goal of our lives, right? For "here we have no lasting city".

On Sunday, January 13, 2013 Paul received Holy Communion and the Anointing of the Sick from Fr. Bill Ashbaugh. Shortly after Paul's family arrived his breathing became labored and we tried all we could to make him comfortable and at peace. At 3 pm, even though he could barely speak, he called for me. When I let him know I was there he made the sign of the cross to the best of his ability and folded his hands. So I gathered the children in and we began the Divine Mercy prayers and prayers for those in their agony. Shortly thereafter Fr. Gerald Gawronski arrived and anointed him again, as his condition had worsened. He prayed for Paul and read aloud some of Paul's favorite Psalms. As he took his final breath I told him that I loved him; that Rose and Catherine and Anne loved him; that John Paul and Benedict and Fulton loved him; that baby Teresa loved him; that his parents and brothers and Grandmother loved him. Then he gave one final deep breath, and gave up his spirit to God. Moments later, Fr. Bill began the 6 pm Sunday Mass at St. Thomas, offered for Paul.

How Good God is. He has not missed one blessing for Paul and for us. I am sure He has not abandoned us now, but has great good for us. After all, He is Our Father.
God is Love.

Shortly after his death, we found this in Paul's notebook...

"As we have come to the sunset of my earthly life, we gather for my Funeral Mass. I want to take a few moments to briefly reflect on the last 18 months of my life. As Shakespeare said, "When sorrow comes, it doesn't come in the form of one or two spies, but it comes as a whole battalion." This was definitely true for me. But as St. Paul said, in times such as these grace abounds all the more. I would like to thank the countless Catholic families who brought us meals over the past year. I would also like to thank the countless people who prayed for me, organized novenas, and had dozens of Masses said for me. I am truly humbled by the immediate and sustained outpouring of support from our local Catholic community.

In addition I would like to thank James Petcoff, owner of Conifer Insurance, for providing such staunch support for me from the moment I called him from my hospital room to let him know I was in deep trouble medically. That support allowed me to go through the past year without worrying about finance or insurance. Thank you Jim, you are a fine person who does the right thing even if not convenient.

I would also like to thank Dr. Philip Stella and the whole oncology group at St. Joseph Mercy who took such good care of me.

I would like to thank Fr. Gerald Gawronski, Fr. Bill Ashbaugh, and Fr. Dennis Brown for all of the spiritual guidance provided over the last year. The countless Masses celebrated in my house when I was ill, the many times of bringing me Holy Communion, and the countless hours spent discussing the spiritual aspects of what was happening to myself and my family all were tremendously helpful for navigating a time of great pain and sorrow.

And lastly, I thank you for coming to my funeral. Hopefully there is plenty of incense. My wish would be for it to look as though the fog had just rolled in. After all, incense symbolizes prayer rising to heaven. Please pray for me." 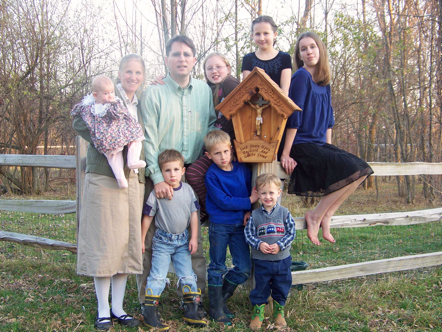 Four things a man must learn to do
If he would make his record true:
To think without confusion clearly;
To love his fellow-men sincerely;
To act from honest motives purely;
To trust in God and Heaven securely.


During his illness Paul had written this poem/prayer by Cardinal Newman in his notebook along with the penitential Psalms,
Scripture passages, and quotes from the Saints.  It signified for him the attitude he must have during the time of trial.

Lead, kindly Light, amid the encircling gloom,
Lead Thou me on!
The night is dark, and I am far from home—
Lead Thou me on!
Keep Thou my feet; I do not ask to see
The distant scene—one step enough for me.
I was not ever thus, nor prayed that Thou
Shouldst lead me on.
I loved to choose and see my path; but now,
Lead Thou me on!
I loved the garish day, and, spite of fears,
Pride ruled my will: remember not past years.
So long Thy power hath blessed me, sure it still
Will lead me on,
O'er moor and fen, o'er crag and torrent, till
The night is gone;
And with the morn those angel faces smile
Which I have loved long since, and lost awhile.

When God takes someone from us, it is always for a good reason.
When the sheep have grazed and thinned the grass in the lower regions, the shepherd will take a little lamb in his arms, carry it up the mountain where the grass is green, lay it down, and soon the other sheep will follow.  Every now and then Our Lord takes a lamb from the parched field of a family up to those Heavenly Green pastures, that the rest of the family may keep their eyes on their true home and follow through….

There will be a bright jewel of merit for those who suffer in this world.
Because we live in a world where position is determined economically,
we forget that in God’s world the royalty are those who do His Will…

Thank you so much for posting this. I've been hearing about this man from several of my friends, though I never met him or his family personally. One day I will - when we are all Home.

I will keep Paul and his family in my special intentions.

I knew Paul well in high school in Toledo. He will be greatly missed.